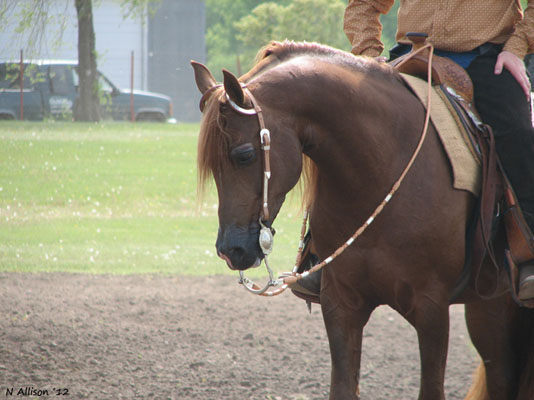 Riurik is our oldest son of our late foundation stallion *Nefison, an imported look-alike son of the significant Aswan son *Mag. *Nefison enjoyed a successful show and breeding career in his younger years and then as an aged stallion brought this irreplaceable foundation Russian breeding to a new generation beginning with the 2006 foal crop which included Riurik. Riurik's dam is our double Nabeg mare NM Rostalgia, a substantial granddaughter of two more imported Russian greats in *Monokl and *Nariadni. Her exotic dam Namusca was of the famed *Nariadni/*Muscat cross, and this dam line is one sought after for athleticism and racing talent to the great record-setting mare Prikhot. Riurik has always shown a strong influence from his Nabeg breeding, particularly through *Nariadni, with the substance, athleticism, and working western build which that breeding is known for. Through his sire, Riurik displays the type and style of the *Mag line which *Nefison reproduced consistently for us. 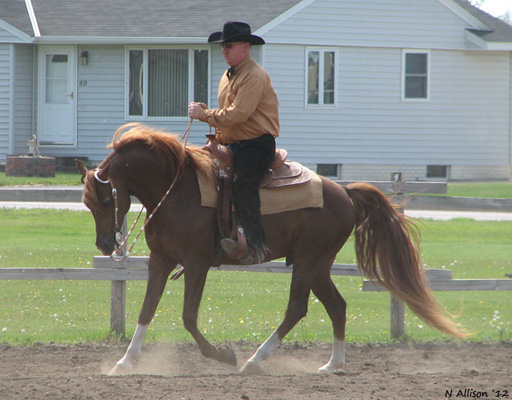 Riurik debuted an exciting western pleasure career in 2011 with Corey James and Emily Zins-James (ATR). Showing huge improvements in each of his three shows, his efforts cumulated in a thrilling 2nd place finish in Western Pleasure Junior Horse and a strong showing in Western Pleasure ATR at the MAHA Fall Classic, proving himself as a competitive western pleasure horse. His accomplishments continued in 2012, in only two more shows adding a class win among his strong showings in open western pleasure and carrying Nadia, in her first season in the show ring, into the ribbons in AOTR and ATR. Through all of his shows his great mind and incredible temperament shone through, demonstrated notably by becoming such a dependable mount for a new amateur in only a few shows, and we couldn't be more proud of what he has accomplished and the young stallion he has matured into.

Now proven under saddle Riurik is back home and has been filling the role as one of our main breeding stallions. He's been an exceptional producer for us, with his foals demonstrating the traits we had hoped he would contribute and that we hoped to be producing at this point in our breeding program. His oldest gelding is now a riding horse for his new owner, and we're looking forward to having more of Riurik's offspring under saddle soon. Please inquire if you are interested in a Riurik foal of your own. 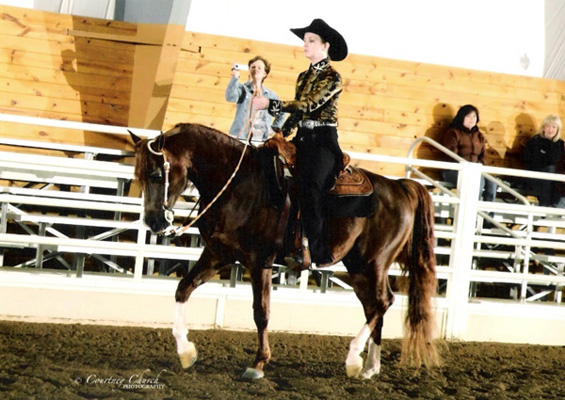 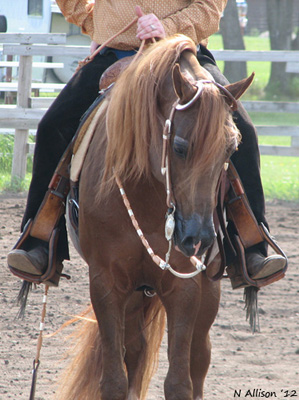 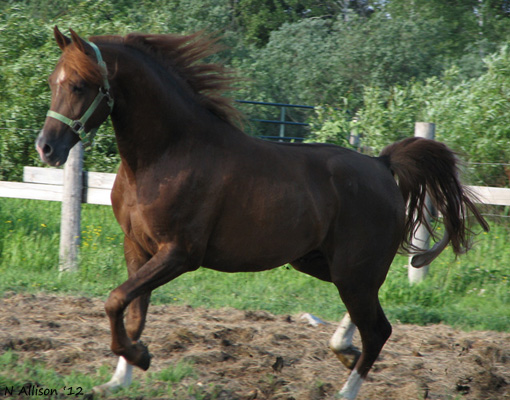 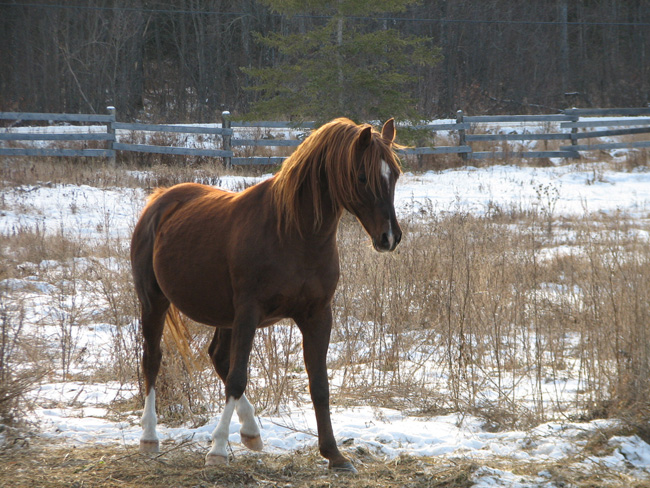